British mezzo-soprano Diana Moore has established herself as a firm favourite with audiences on both sides of the Atlantic, winning acclaim for her instantly recognisable voice which, according to Gramophone, 'combines the range of a mezzo with the tone quality of a contralto' and has been described by San Francisco Classical Voice as 'warm, plush, full and eminently smooth, with an air of nobility and grace'. She has performed at most of the world’s leading venues, including New York’s Carnegie Hall and Lincoln Centre, Tanglewood and Ravinia Festivals, Suntory Hall in Tokyo, Berlin’s Philharmonic Hall, the Concertgebouw in Amsterdam, Leipzig’s Gewandhaus, theTonhalle in Zurich, Westminster Abbey and the BBC Proms.

Best known for her considerable experience with the Baroque repertoire, Diana's approach – 'a mixture of intelligence with musicianship [and] emotional depth' (The Guardian) – has led to repeat engagements with many of the world's leading classical and early music conductors, including Nicholas McGegan OBE, Marin Alsop, Sir John Eliot Gardiner, Trevor Pinnock and Sir Roger Norrington.

A recognised Handelian, Diana has performed many operatic roles including the eponymous hero of Rinaldo at Göttingen International Handel Festival, Vlaamse Oper, Opera de Versailles, and National Theatre Prague; Sesto in Giulio Cesare at Göttingen; and Medoro in Orlando at Drottningholm Royal Court Theatre (Stockholm), Lincoln Centre (New York), Ferrara Musica Festival, Tanglewood and Ravinia Festivals. She has also appeared at many prominent European Baroque Festivals with performances of Handel’s oratorio and choral works, and has performed his Messiah extensively in North America at venues including Kimmel Centre in Philadelphia, Meyerhoff Concert Hall in Baltimore, National Arts Centre in Ottawa, Strathmore Concert Hall in Washington and the Herbst Theatre in San Francisco. Diana returned to Göttingen to sing the title role in The Choice of Hercules with Laurence Cummings.

Equally adept in later musical styles and genres, Diana has become a leading exponent of English music in oratorio, concert and recital work, and is particularly praised for her interpretations of the music of Edward Elgar. She has performed The Dream of Gerontius at venues including York Minster, London’s Royal Albert Hall and the Cathedrals of Ely, Gloucester, Chichester, Winchester, and Coventry; Sea Pictures at the Royal Opera House (with San Francisco Ballet), Gloucester and Guildford Cathedrals, and Snape Maltings Concert Hall; The Kingdom at St Albans and Chichester Cathedrals; and The Music Makers at Guildford and Chichester Cathedrals. Other recent engagements of note on the concert platform include selections from Mahler’s Des Knaben Wunderhorn at Sage Gateshead with Royal Northern Sinfonia, Brahms’ Alto Rhapsody at Chichester Cathedral, Mendelssohn’s Elijah at the Queen Elizabeth Hall, the modern-day premiere of Scarlatti’s La Gloria di Primavera at Carnegie Hall and Tanglewood Festival and Mahler's Rückertlieder at Bremen's Die Glocke concert hall.

A critically acclaimed recitalist, Diana is building a reputation for the development of innovative recitals which integrate carefully curated musical programmes with extended scripted narration. Her ever-popular A Celebration of Kathleen Ferrier: Her Life, Letters and Music – enthusiastically endorsed by the Kathleen Ferrier Society – capitalises upon the oft-drawn comparison between Diana and Ferrier's voices by audiences and critics, with a programme that illuminates numerous facets of its subject's life, character and repertoire. Other recitals of this kind, all including scripts researched, written and performed by Diana herself, include Wearing the Trousers: the extraordinary women who inspired Handel's travesti roles; A Voice of One's Own, which shines a spotlight on Britain's largely unknown female composers; and Tales of the Unexpected, an imaginative, playful programme exploring the art of storytelling.

For any further requests or lists of repertoire please contact Diana. 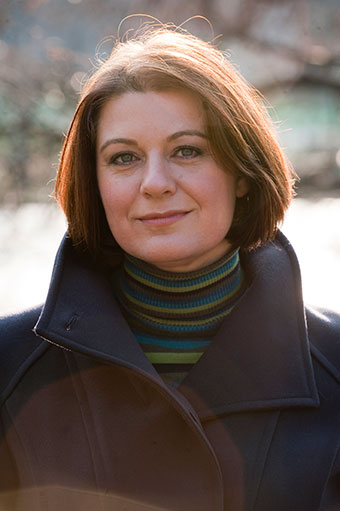 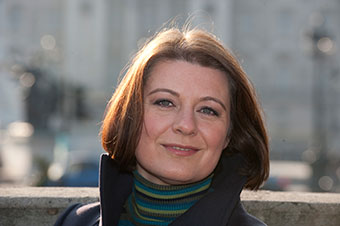